"I can't believe how depressing and lamentable it is to be obligated to expunge my own morning casualties over a manipulative source of indoctrination and bulimia." –JustLeafy

This wiki is made by JustLeafy. Although most of the wiki users may found wikis about themselves and use them either as sandboxes, documentation for code snippets, or sharing original fiction. However, this wiki is one-of-a-kind and does that all at once while sharing upcoming wikis, mini-wikis, and wiki Discord servers from JustLeafy.

DISCLAIMER: Certain improvements on this wiki are allowed, like if Fandom updates software, some technical improvements in templates, some fixes in stylesheets/templates or any fixes with grammar and spelling mistakes. What isn't allowed are spam and vandalism through the wiki's pages.


JustLeafy (born March 17, 2003), formerly called LeafGaming in Wikia, also known by as aliases "Leafy", is an 18-year-old councilor, coder, cross-wiki founder and editor of many wikis. He is a computer science student currently living in Lebanon. He is also the Editor of the Month for TV/Movies in October 2021, which is yet another big accomplishment of his for this platform.

Appearance
He is a humanoid leaf/plant human, with a green skin tone, black hair, and blue eyes. He wears a lime shirt, blue jeans, white gloves, and black shoes.

Personality
JustLeafy is generally a user who edits often in many wikis, creates templates and stylesheets or even scripts on the Fandom Developers Wiki, and suggests multiple conceptions, namely for remodeling content and adding features. He also acts like a fun, comedic person when playing minigames or freely chatting on Discord. He also tries to stop spam and vandalism. In real life, he is sometimes a shy or introverted person.

arrow   READ MORE ABOUT THE CREATOR

JustLeafy, a dedicated volunteering editor, has singlehandedly contributed around 0.04% of the platform. It may sound like nothing, but keep in mind that Fandom is an enormous encyclopedic resource totaling 25 million pages. In fact, JustLeafy has developed dozens of wikis and added more than 20,000 articles on Fandom in total, excluding this wiki. The content covered by JustLeafy, whether they are in the form of single articles or entire wikis, are translated into thousands of hours primarily worth of video games and web content (his main areas of expertise), and secondarily other media, including films, literary series, musical artists, and more. Some of the wikis listed below were founded by him, others had huge contributions from him, including the following.

AND MUCH, MUCH, MUCH, MORE...
There are tons of other wikis where JustLeafy has had some form of contribution to it, whether it'd have the 2021 Main Page Design applied, their Discord server created, some help for installing scripts applied/set up (as in setting up a Discord Integrator template for example), have some minor fixes (like updated code, such as inputbox, or a page or two related to the wiki's subject being created), they were part of an official project hosted by Fandom, or even have any of our stylesheets/templates used, it's possible that a wiki you administrate/moderate or contribute to may have some form of influence from us. Our influence was originally dedicated only to Fandom wikis, but we now accept editing historically Gamepedia wikis. We have a list of wikis we have made/contributed to majorly below, as well as the wiki Discord servers we are available in.


bullet-list   MORE WIKIS FROM US discord   WIKI DISCORDS FROM US

Serving more than a hundred original code snippets for hundreds of wikis since 2017, here is what we offer:

Note: the fiction below aren't playable/watchable but the ultimate goal is to develop the games Mint the Leafyman, Finger Guy, and Extreme Wars, and also adapt Overcharming Aliens into a Netflix series. If you want to adapt them into games/TV series, contact JustLeafy first. 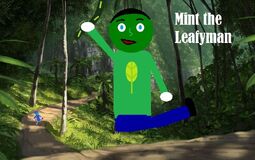 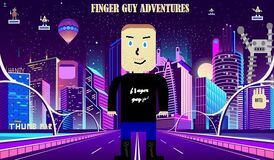 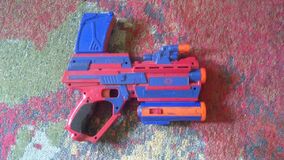 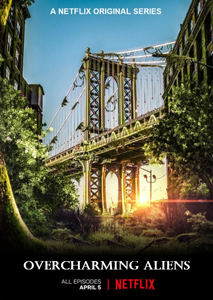 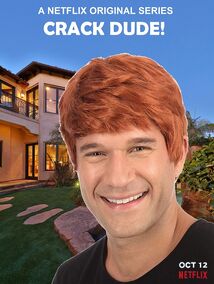 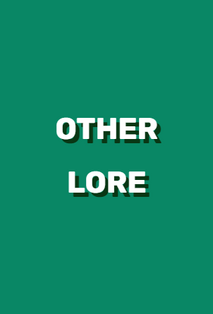 View other lore by JustLeafy

flag   NEW WIKI FOR GORDIAN QUEST
JustLeafy has announced a wiki on a video game called Gordian Quest! This wiki was asked for by lots of people, but nobody had the guts to start it before, so JustLeafy decided to do it and form a small community of dedicated editors.

Do you want to contact JustLeafy for anything? The question could be about wiki-related help, wiki assistance, a concern, an appeal, or something fun or interesting, like asking a general question, some trivia, anything you like. Don't be afraid to contact him!

discord   Discord Server
Whether it could be used for the development of wikis or just chatting in an off-topic manner and for fun, all of this is available in our official Discord server! Get Invite MORE INFO

youtube   YouTube Channel
JustLeafy has a small YouTube channel where he uploads memes (primarily), gaming videos, and even beatboxes! Watch his videos just for fun and subscribe if you want to watch more videos from him! VISIT CHANNEL MORE INFO

Randomizer
Want to be surprised with the vast array of original content the wiki has to offer? Click the "ROLL THE DICE" button to land on a random page that you may have thought that never existed in this wiki before.

ROLL THE DICE
Community content is available under CC-BY-SA unless otherwise noted.
Advertisement